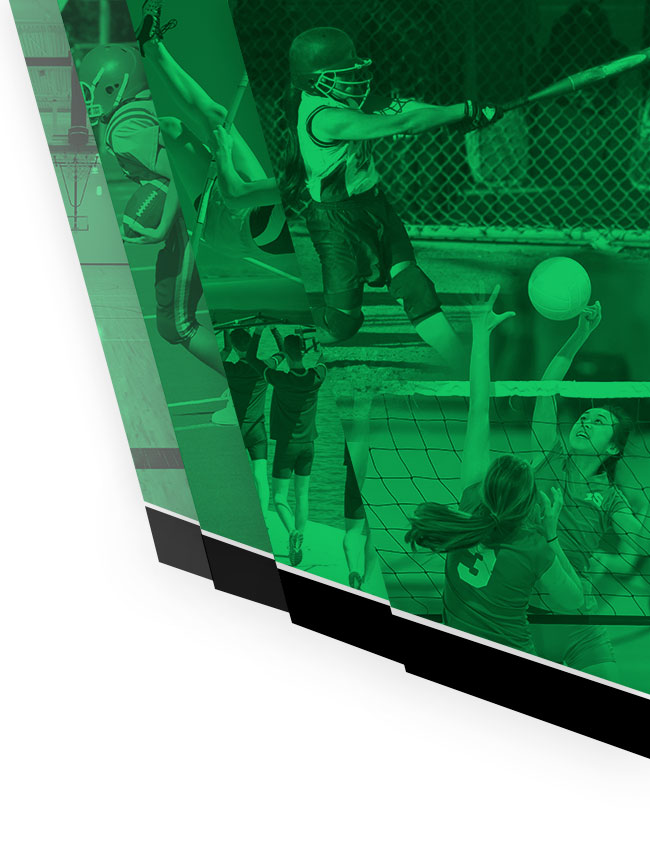 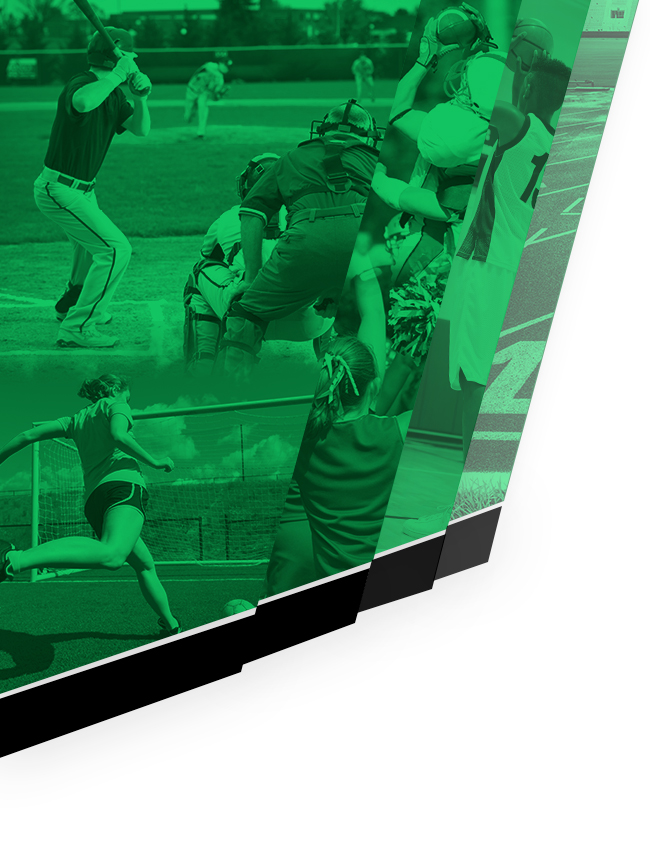 Dick Hartzell–  is the president of Jump Stretch, Inc.  Known as the Rubberband Man, Mr. Hartzell invented the Flex Band Exercise Equipment and founded Jump Stretch, Inc. in 1980.  He has set up strength programs across the country for high schools, colleges, universities, and professional sports teams, as well as the military.  Coach Hartzell is one of the foremost speakers in the country on alternative strengthening methods.  He served as head football coach at West Branch from 1972-1978 and taught physical education.  Coach Hartzell led the Warriors to conference championships in 1973, 1976, 1977.  He was named Coach of the Year in 1973, 1976, and 1977.  He and his wife Cheri have three children Sherri, Lori, and Rich and seven grandchildren.  Coach Hartzell is a graduate of Youngstown State University and held numerous place kicking records at his alma mater from the early 1960s to the mid 1990s.

Jon Heacock, Class of 1979–  At West Branch, he lettered in football, basketball, and track and earned distinction as All-Area, All-Conference in football and All Ohio North-South All Star in basketball.  Jon Heacock graduated from Muskingum College where he was a three year letter winner in football.  A passion for football led him to assistant coaching positions at the university level and eventually to  Youngstown State University as Head Football Coach.  Coach Heacock was named Gateway Conference Coach of the Year in 2005.  He was the AFCA Region Four Coach of the Year and a finalist for the prestigious Eddie Robinson Award in 2006.  Coach Heacock is active in the Fellowship of Christian Athletes and the American Football Coaches Association.  He and his wife Trescia have two children, Jace and Adelyn.  He joins his father Clinton Heacock, first superintendent at of West Branch, and his brother, Jim Heacock, long time football coach for the Ohio State Buckets as members of the West Branch Hall of Fame.

Dr. Duane Kuentz–  A physician in the Alliance are and served as the Team Physician at West Branch from 1991-2005.  A 1973 graduate of Wittenberg University, he received his medical degree from the University of Cincinnati in 1977.  Dr. Kuentz and his wife, Lee, settled in the West Branch area in 1980.  Their three children, Eric, Brian, and Allyson, are all graduates of West Branch.  Dr. Kuentz is a partner in the Family Medical Center of Alliance.  He is chairman of the Department of Medicine at Alliance Community Hospital and Medical Director of McCrea Manor.  He is also chairman of the Alliance Health Partners of Alliance Community Hospital and a member of the American Medial Association of the Ohio State Medical Association.  Dr. Kuentz is a vital part of the West Branch community, having been a member of the Damascus Ruritans and currently serving on the Damascus Community Center Park Board.  He is being honored for his service and support of West Branch.

Roger Stitle–  a 1953 graduate of Goshen High School, one of the school districts that preceded the formation of West Branch in 1960.  A lifelong resident of the West Branch community, he recently retired as president of Stitle Construction Corporation.  As a Goshen Gopher, Mr. Stitle was a three year letterman in football and lettered all four years in basketball and baseball.  During his senior year, the football team finished as Co-Champions of Mahoning County and he was the leading scorer with 119 points.  The 1953 baseball team took top honors in Mahoning County and the basketball team placed 3rd overall.  Roger Stitle served as co-chairman of the building of Clinton Heacock Stadium.  He served as president of the Northeastern Ohio and Western Pennsylvania Builders Association, is a chairman of the Damascus United Methodist Church.  Roger and his wife Doris have four children, all of whom are West Branch graduates.  They are: Lynne Stitle, Lou Ann Geiger, Jerry Stitle, and Jim Stitle.  Jim Stitle was among the first individuals to be inducted into the West Branch Hall of Fame.

Dale Schoeni–  Mr. Dale Schoeni was a lifelong resident of the West Branch area.  Mr. Schoeni served on the Knox School Board and was involved in the creation of the West Branch School District.  Mr. Schoeni served on the Board of Mahoning Local District in the late 1950s during the time that Sebring and West Branch were part of the same school district.  He was instrumental in hiring Clinton Heacock, first superintendent at of West Branch, and also helped negotiate the purchase of the land where West Branch High School now stands.  Mr. Schoeni was a four year letterman and played on the very first football team in the history of Goshen Union High School.  He helped develop several baseball fields in the Knox and Homeworth area to be enjoyed by generations of young people in our community.  Mr. Schoeni and his wife Edna recently moved to Copeland Oaks Retirement Community in Sebring.  They had four children, all of whom were West Branch graduates.  Sadly, Mr. Schoeni passed away on September 16, 2010.  He was very pleased to have been named to the West Branch Hall of Fame.  His family is proud to represent him at the Hall of Fame activities this year.  His brother Pete Schoeni and grandson Todd Schoeni are also members of the West Branch Hall of Fame.

Kathy Knoch Brown–  Mrs. Kathy Knoch Brown retired from Damascus Elementary School in 2008 after a 35 year career as an elementary school teacher in the West Branch school system.  Mrs. Brown graduated from Alliance High School, Mount Union College, and holds a Master’s Degree from the College of Mount St. Joseph.  Mrs. Brown is being honored for her service to generations of West Branch students for her tireless efforts as a volunteer and Booster Club Officer.  During her time as a member of the school district and the Booster Club, she has been instrumental in fundraising efforts for projects such as: the all weather track, stadium press box, stadium lights, the Meiter Athletic Building, and the West Branch Community Auditorium.  For 15 years she has coordinated the weekly bingo effort that has helped raise thousands of dollars to support projects and programs for West Branch athletes and students.  For nearly 20 years, Mrs. Brown has coordinated the highly successful Middle School spring trip that has enabled hundreds of West Branch students to visit places such as New York City, Toronto, Canada, and Washington D.C.  Her dedication as a teacher and volunteer are inspirational and deeply appreciated by the West Branch District and community.  Mrs. Brown and her husband, Jim, live in Damascus and continue to volunteer countless hours in the support of West Branch students.  The Browns are proud parents to eight children and stepchildren.

Lisa Davies, Class of 2003–  Lisa Davies graduated from West Branch High School as valedictorian.  She graduated magna cum laude from Shawnee State University in 2009 and is currently pursuing a Master’s Degree in Medical Science in Physician Assistant Studies at the University of Pennsylvania at Lock Haven.  At West Branch, Lisa holds the school record in cross country and was named All-Ohio in 2000, 2001, and 2002.  In track, she was a four time state qualifier in the 3200 meters and was a state champion in the 3200 meters in 2003.  She set school records in the 1600 and 3200 meters.  While at Shawnee State, she was named a Cross Country All American, as well as a Cross Country Academic All American.  Lisa also holds school records for cross country at Shawnee State University.  She is the daughter of Gary and Sharon Davies.

Dan McVicker, Class of 2003–  Lance Corporal Daniel McVicker made the ultimate sacrifice for this country on October 6, 2005, when he was killed in a roadside bomb attack while serving as a Marine in Iraq.  We are honored to induct this fallen Warrior into the West Branch Hall of Fame this year.  Dan McVicker graduated from West Branch High School in 2003 and enlisted immediately into the United States Marine Corp.  At West Branch, Dan served as the Assistant Warrior Chief and was a member of Young and Alive.  After basic training, Dan McVicker volunteered to serve in Iraq.  As part of Operation Iraqi Freedom, he was assigned to Regimental Combat Team 2, Second Marine Division.  Lance Corporal McVicker has been awarded the Purple Heart Medal,the Good Conduct Medal, the National Defense Service Medal, the Iraqi Campaign Medal, the Global War on Terrorism Service Medal, the Sea Service Deployment Ribbon, and the Rifle Marksman Badge.  In October 2008, a bulk fuel pump house in Cherry Hill, North Carolina was named to honor Dan’s service while stationed there.  In 2009, a section of Route 62 between Highland Memorial Cemetery and Alliance was dedicated as the Lance Corporal Daniel McVicker Highway.  Dan McVicker is the son of Mark McVicker and Carrie Meissner.

The 2003 State Champions Girls’ 4×4 Relay Team–  In the spring of 2003, four members of the West Branch Girls’ Track Team made history in the four by four relay competition by capturing first place at the State Track Meet in Columbus.  The team consisted of: Ashley Armstrong, Amanda “Vallie” Scott Teague, McKenzie Wallace, and Jennifer Weingart Hall.  They were coached by Bob Altenhof.  Ashley was a member of the 2004 State Champion Lady Warriors Basketball Team.  An outstanding athlete, she attended the University of Dayton where she earned both her undergraduate and Master’s degrees.  Ashley Armstrong is currently the Director of Basketball Operations at Rice University in Texas.  Vallie Scott Teague is a 2009 graduate of Malone University and is currently a graduate student at Kent State University, pursuing a Master’s Degree in education.  She lives in North Benton with her husband and currently serves as assistant cross country coach at West Branch.  Jennifer Weingart Hall graduated from West Branch in 2003.  At West Branch she was a two year letter winner in volleyball and earned a varsity letter in track all four years of high school.  McKenzie Wallace graduated from West Branch in 2005 and received a scholarship to attend the University of Hawaii, where she lettered in both track and cross country.  At West Branch, McKenzie received two varsity letters in basketball, three in soccer, and four in track.  She was also a member of the 2004 State Champion Lady Warrior Basketball Team.

Mrs. Ann McDaniel–  is being honored for her many years of service and support to the West Branch Local School District and to the West Branch community.  She has been a generous supporter of numerous projects that benefit the students of the West Branch district.  One of the most recent projects was the construction of the new tennis courts, in which she played a major financial role.  She is an avid supporter of the fine arts and has helped to secure new band uniforms, as well as provide support for the West Branch Choral Music Department.  Mrs. McDaniel has six children and is proud that each is a graduate of West Branch.  Of her 20 grandchildren, eight have graduated from West Branch, to date.  Her husband, the late Donald McDaniel, was inducted into the West Branch Hall of Fame in 2004.  Mrs. McDaniel serves as a deacon and elder as a member of the Bethel United Church of Christ.  She is a member of the Mile Branch Grange.  She serves on the Board of Directors of Copeland Oaks and Habitat for Humanity.

Mrs. Elaine Wagner–  is being honored for 30 years of service to the West Branch Boys’ and Girls’ Basketball teams.  Mrs. Wagner has faithfully kept the scorebooks for both teams for three decades, logging hundreds of hours of compiling statistics for the basketball programs.  A long time member of the West Branch community, Mrs. Wagner has received two service awards from the Homeworth Lions and she has been awarded Honorary Life Membership from Presbyterian USA.  Mrs. Wagner has four children, all graduates of West Branch High School.  She coached girls’ softball for several years.  She is a member of the Middle Sandy Presbyterian Church where she teaches Sunday School.  She has also served her church as secretary, pianist, chimes choir, and vacation Bible school teacher.